My Day Without a Wheelchair

Yesterday was at the Jensen Beach Causeway.  The weather was windy, but generally very nice  The high was in the upper 80's and mostly sunny.  We arrived at the causeway at about 8:00 AM after stopping for shrimp at the Snook Nook.

Fishing wasn/\'t great for me, but they were hitting.  The lady next to me was hitting on Spanish Mackerels like they were lining up for her hook at the Golden Corral.  About every 3 minutes, she'd get a strike.  She was using shiner minnows for bait.

After an hour streaming out on a bobber with no hits other than bait thieves, I cut back to a single pole and started freeline bottom fishing with a 4 oz weight at the top of the leader and I finally got a little action.  I caught a Guitarfish.  This is an ugly fish, and a member of the Ray family.  It has no whip tail or stinger and essentially lives on sandy flats and bottom feeds.
You can see why it's called a Guitarfish!

Later, I took a monster strike, which I wasn't able to land, but did get close enough in to the pier to see that it was a 7 foot Bull Shark. 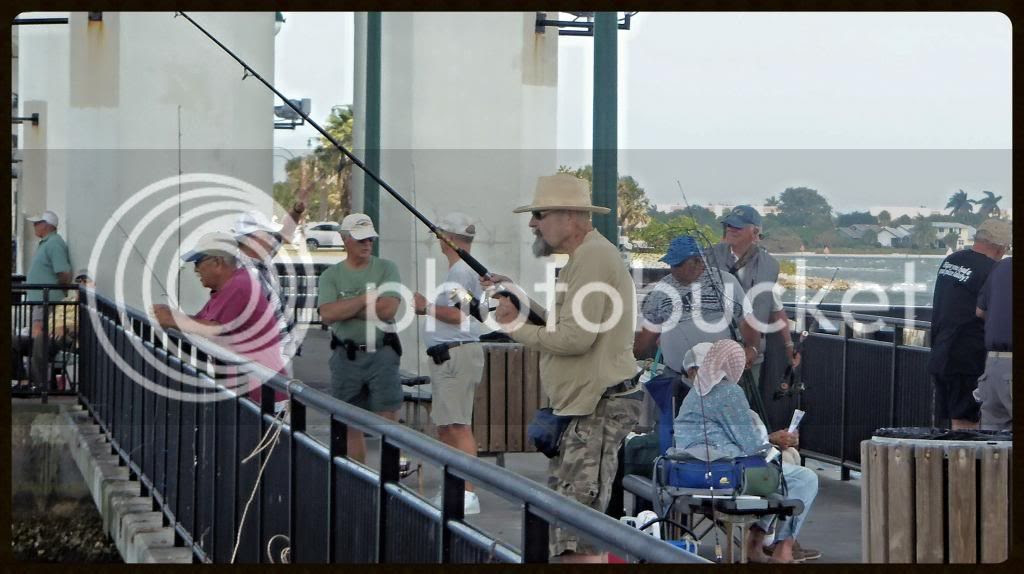 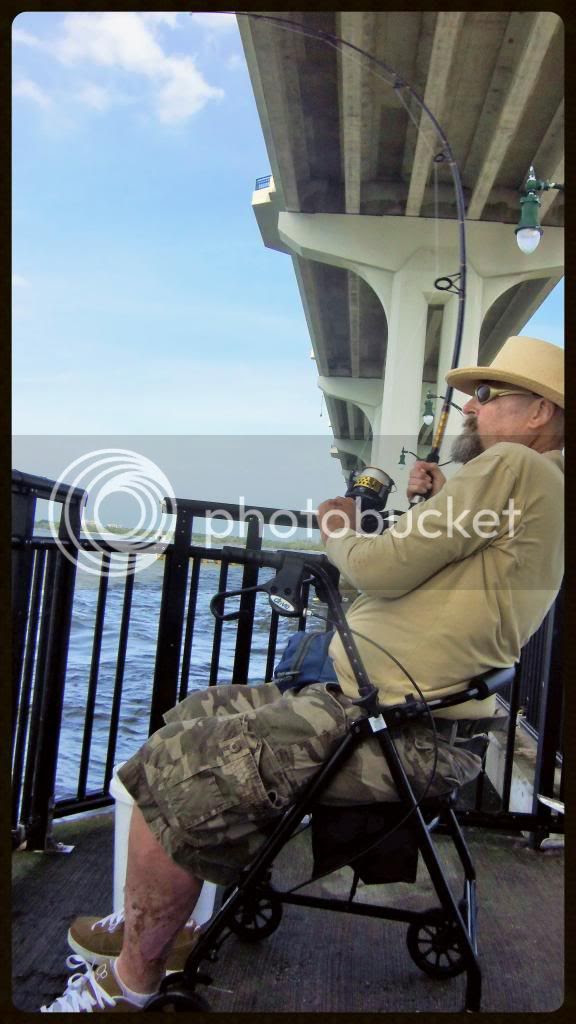 A little later, I did land a small Hammerhead Shark. 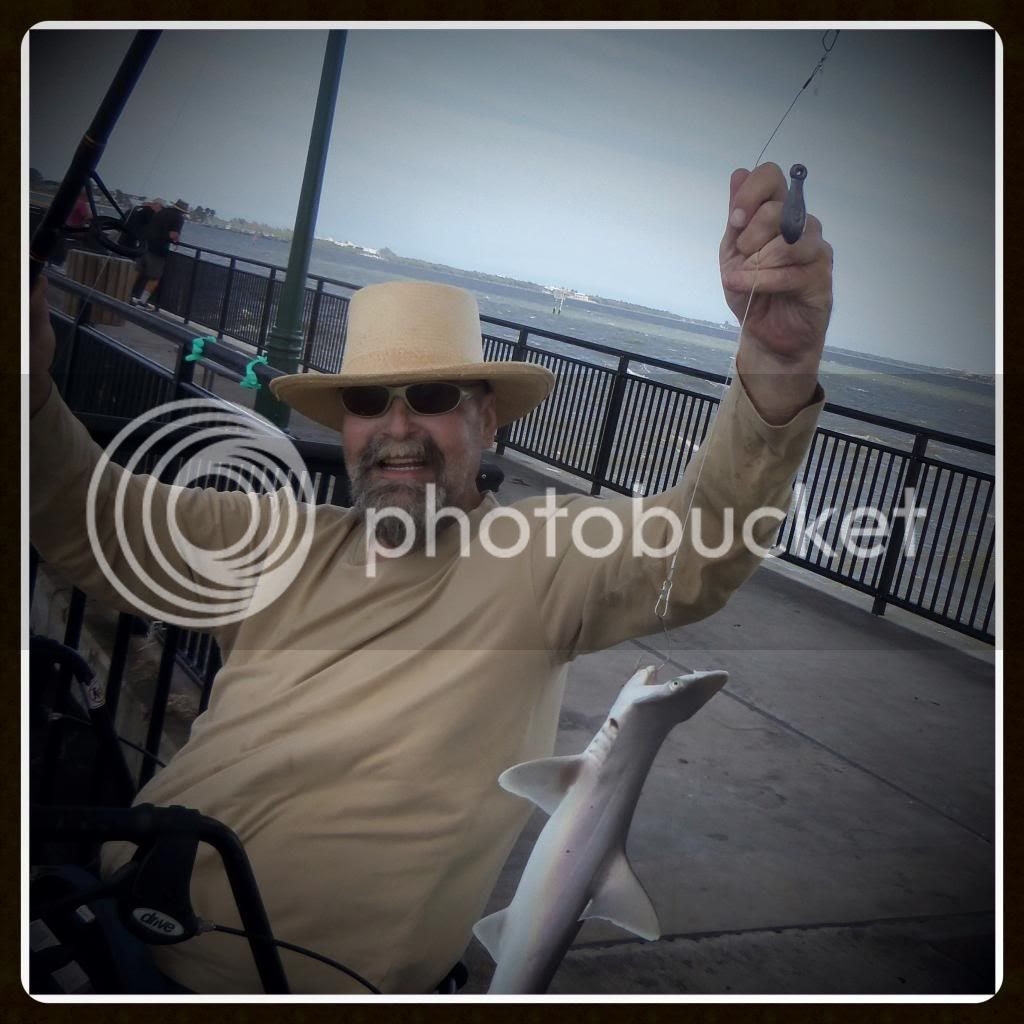 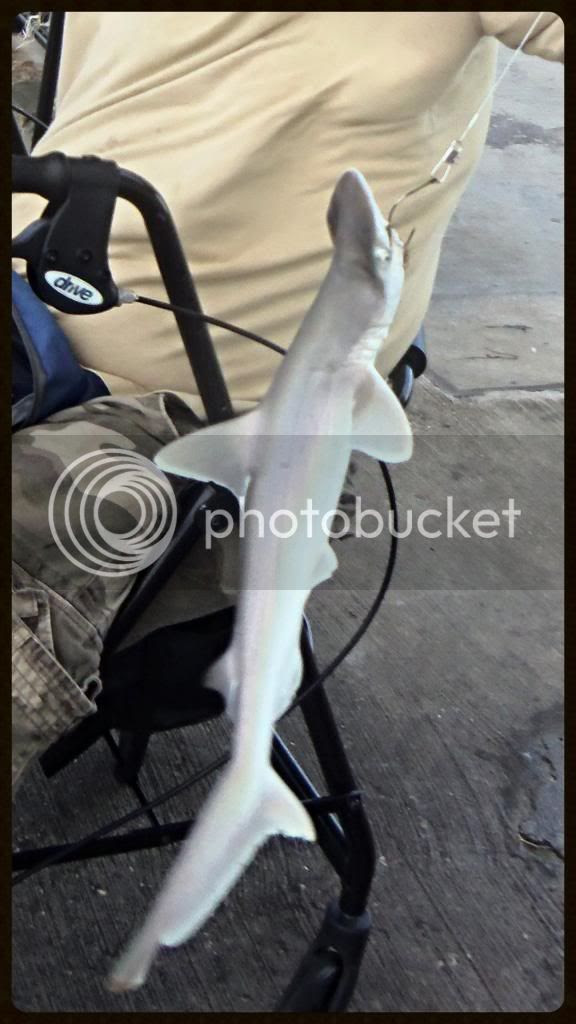 My wife even managed to wet a line yesterday and had a nice relaxing day, herself.  This was a day we both really needed. 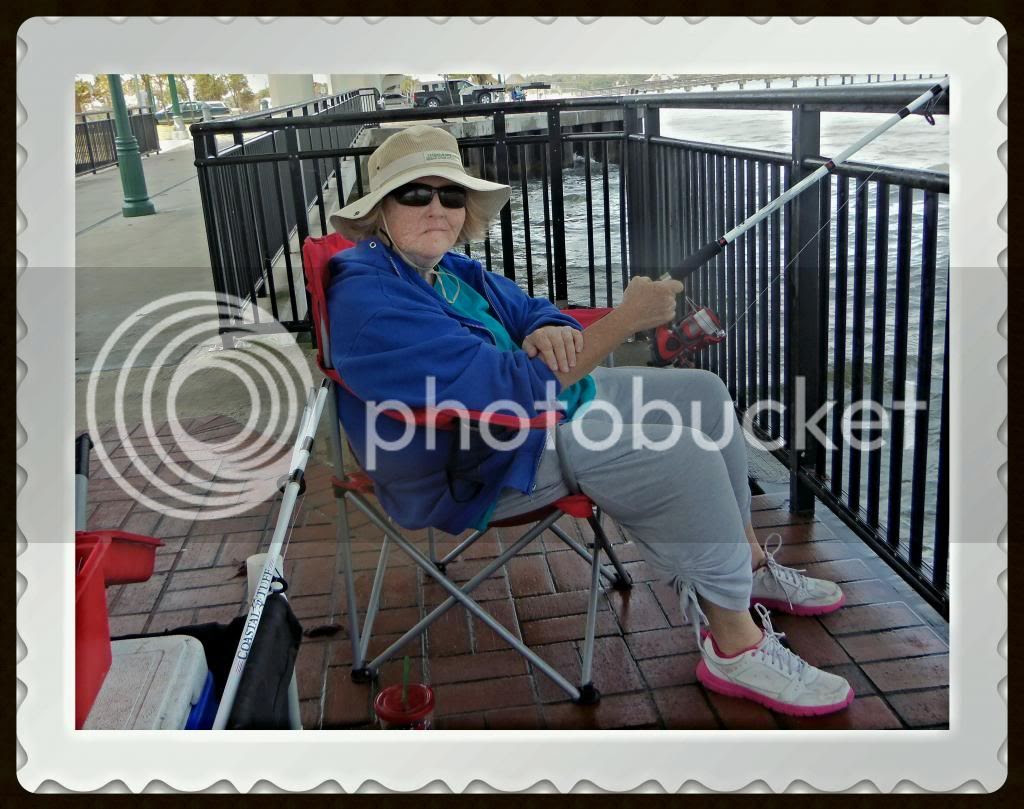 All in all, though, it was a fun day.  The best part of the whole day is that I didn't have to use my wheelchair.  This is huge progress, after my strokes in September. I may get back to my catfish holes yet!
Posted by Unknown at 9:15 AM No comments: